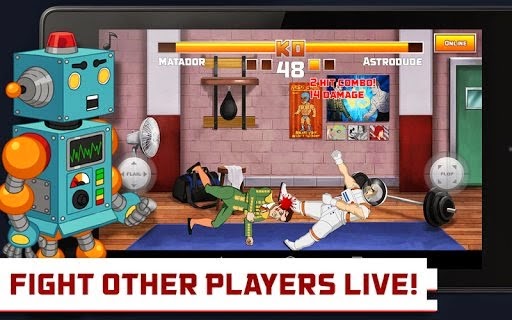 Flop Fu is one of the best fighting Android games to your mobile phones and tablets. This is a ragdoll fighter with both single-player and real-time multiplayer modes. Happy wheels and mount your friends may have met their match especially since this is available in app format. G-Labs as developer just released an awesome update, and so shortly after the last one. Everyone who has had issues needs to update and give it another shot.

Could be one of the dumbest mobile games ever made. You will laugh, cry, and want to throw your device out of a window. Choose your fighter including hipsters, ninjas, astronauts, zombies, and anthropomorphic punching bags. This is the most ridiculous game, wicked fun to play and impossible to master. FlopFu is gonna get into you! Let's play and flop your way to the top of global leaderboards to back up your trash talking!