Main areas of comparison between a Laptop and a Tablet PC

Filed Under: Laptop, PC NewTechie.com Admin
Technology has come of age. Nowadays, you will come across a wide selection to choose from if at all you would want to buy a computer. Today, there is a wide array of options, thus you're not restricted only to a desktop PC. The market has blossomed with various types of computers and other than desktops; you will often come across laptops, tablets, or even Smartphones and so forth. However, laptops and tablets seem to be the two most common devices in the market that are in high demand. Unfortunately, not many people can be able to tell the difference between these two technological devices because they almost appear alike in terms of functionality.

As a result, most people are torn in between the lines when it comes to making a decision on whether to buy a laptop or a tablet PC. If you happen to be in the same scenario, there are various differences that you should take note of that will not only enable you to make an informed decision, but it will also get the confusion out of the way.

For starters, one of the main variations between a laptop and a tablet PC is their size and weight. In most cases, you will often find that laptops come in different shapes and sizes as well as weights. In the cases of tablets they usually tend to be lighter because they are usually estimated to weigh around 2lbs. The main reason why tablets are considered to be light can be attributed to their smaller footprint as compared to those of laptops. In addition, laptops come with more hardware such as a battery or large screen which contributes to their heaviness. 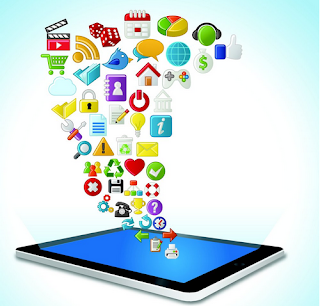 Also, a laptop and a tablet PC have different levels of performance. However, you will often find that a lot people have different definitions for performance. Due to the fact that tablets come with a small foot print, high battery life, and low weight et cetera, all these features come at a cost. Hence, you will find that a tablet PC does not have a high performance level. If you happen to be this person who is a gamer, then a tablet is not the right choice for you. If you would want to enjoy a modern game, then you ought to get yourself a high-end laptop that comes with the best graphics. In the case of a tablet PC, you will not only experience integrated graphics, but they also have low voltage that cannot be able to handle demanding applications of something like games or video encoding.

Another area of concern is the screen size and resolution. One of the main reasons why a tablet PC is light and small is due to its screen size, which is normally within the range of 9-12 inches. On the other hand, laptops tend to have a bigger screen size which is within the range of 13.3-15 inches. In other cases, you will come across high-end laptops that have a screen size of between 17-20 inches even though these laptops are rare to find. Since tablets have smaller screen, they tend to have a higher resolution to laptops, but the smaller things will appear on them. Thus, if you have a poor vision, it would be prudent to get yourself a laptop as compared to a tablet PC. Still on the screen, tablets tend to come with a tablet screen protector that is meant to protect the screen from scratches and unforeseen damages such as cracks.

Lastly, there is the battery life. Because a tablet PC has limited software, smaller screen and reduced performance, these features come with an added advantage of a prolonged battery life. Therefore, a tablet PC can be able to last for a period of between 8-10 hours as compared to a laptop whose batteries run out of power after 3-5 hours. If you're this person who is always from electricity for the better of the day, you might want to consider buying a tablet in place of a laptop. Besides, you can protect the tablet and its battery with the help of tablet screen protector.

Author Bio: Sleron a life-loving girl, in particular, she likes fresh things and work in New York. Sleron has a lot of friends. Like to focus on amateur blog on tech products, so she Looking forward to the arrival of Android tablets.