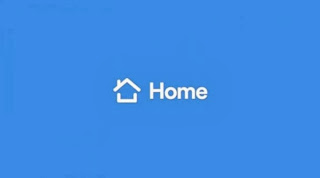 It's been mostly mum on the app since its release, but Facebook hasn't been ignoring Home. Facebook has released an update to its Home app -- with latest version released into the Play Store on Dec. 19.

It has garnered a sub-par 2.6 rating (out of 5); when it was first launched it reached500,000 downloads in less than two weeks, but also had 52 percent one-star ratings during that time, as well.

Things have improved since then; the app currently has 44.7 percent one-star ratings (insert sarcasm here).

The update -- which Facebook confirmed was available to beta testers for a few weeks, rolled out to the public on Thursday, along with a YouTube video publicizing it (embedded).

Rather than a random picture and status update every time you wake up your phone, the new lockscreen has a more familiar feel. The UI displays time, weather, and notifications overlaid on the lockscreen, atop a now selectable wallpaper.

If you swipe left you can see your Cover Feed (there is also a shortcut to bring up Cover Feed in the Home launcher).

As a launcher replacement, Facebook Home revamps the look and feel of virtually your entire Android device.  However, when it debuted it was hammered for being so Facebook-centric as to be annoying.

It's unclear how many people will care about this update. It only has between 1 and 5 million downloads vs. the main app's 500 million to 1 billion.
Watch Video on FB Home