Samsung's new handset will carry a virtually identical range of hardware specification to the Galaxy Note 3, and as you’ll see from the Evleaks shots below, it’s of very similar aesthetic. If anything, it’s almost as if the Galaxy Note 3 has simply been heated up and reshaped, but since the fanbase of Samsung’s phablet range has continued to grow in recent years, this tweaked form factor may also pique the interest of smartphone shoppers this fall.

The Galaxy Round's 5.7-inch (14.4-centimeter) display has a slight horizontal curve and weighs less than the Galaxy Note 3, allowing a more comfortable grip than other flat-screen models on the market, mobile carrier SK Telecom said in a statement.

Curved displays open up possibilities for bendable designs that could eventually transform the high-end smartphone market by allowing mobile and wearable gadgets to take new forms.

LG Electronics plans to introduce a smartphone with a vertically curved display in November, a source familiar with the matter said this week. 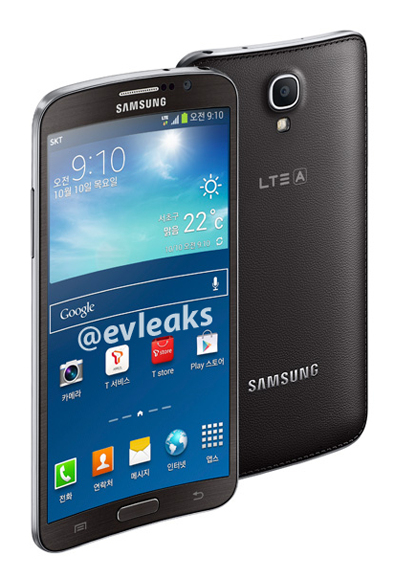 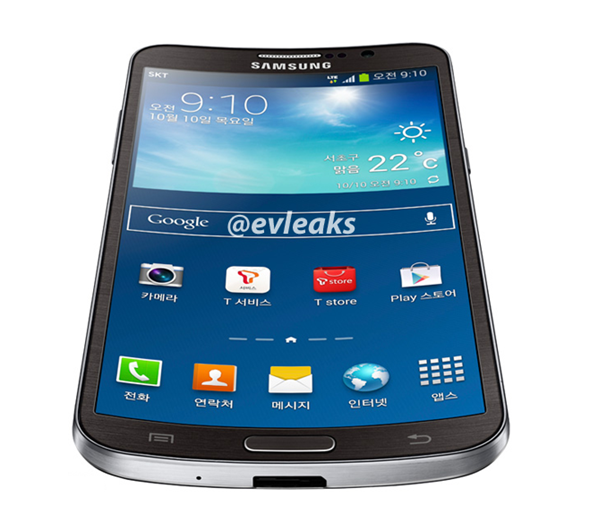