Filed Under: Development, Guest Post, Mobile Applications NewTechie.com Admin
Mobile App development has become the epitome of concern in the present day scenario. It is said that almost every segment of the population is being ruled by mobile connectivity today. As more and more people find that their dependence on the technology and the internet, it is becoming increasingly evident that mobile apps development is an important tool for business development.

However another thing that has come to the surface are the two popular approaches that mobile app development from India is centred upon: 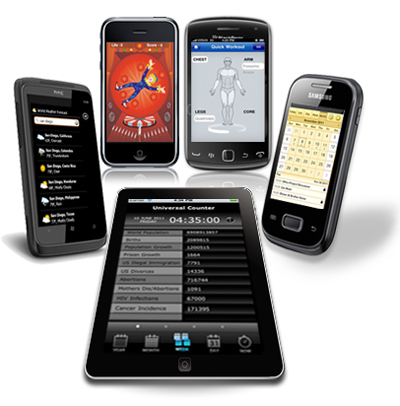 The Preferred Route: Native App development
Native app development for singular and particular mobile OS is the customary approach. However, in time, people have come to realize that it is an extremely time consuming approach as well. A totally different programming environment is offered by each mobile platform vendor. Also, each one has a unique style of the User Interface.

The differences can be seen as:
This being said, one has to admit that the kind of approach possible with the native app approach is unmatched. It is absolutely certain to allow you access to every chink and cleft in the device. However, one thing to note here is that it requires really well educated and scientifically sound engineers to tackle this.

The Route that’s growing in Popularity: Web Apps development
I don’t think I even have to tell the magnanimity with which web applications are growing popular. These kinds of apps are not essentially applications, but miniature websites which have been snipped and stitched to fit the bar perfectly. What's more, they are more like an extended website which can provide the exact look and feel of any smooth application.

This is really a very simple, and easy to maintain approach. Basically it gained so much popularity because the app has an intrinsic logic which can help itself adapt to the various operating systems and platforms that different devices work on.

Web-based apps can look and feel extremely similar to native apps. However, there is a little catch when it comes to performance. Not that I mean it can't perform too well, I just mean that there are a few things that are required for this one to work alright. What I am saying is that for you to be able to access and use web apps, you will necessarily require an access to the internet.

Another goody point for web apps essentially originates from the fact that it requires only basic skill sets in the developer. If the developer is well versed in:
In contrast to this native app are a whole lot more complicated in terms of development and the skills required. On the whole, it is hard to say which way a particular company should swing, because each industry has its own specifications. It is advisable to seek advice beforehand to ensure that a professional developer is handling your project.

Author: Daliah Rai is currently associated with a team of custom Mobile App Development working with VITEB, India. A mobile app development company. They specialize in iPhone App development service apart from all other major mobile platforms. They offer their services to all the countries of the world. Follow US @VITEB