Filed Under: Gnome, Guest Post, KDE, Linux, Linux Mint 13, Maya, Xfce NewTechie.com Admin
Linux gives users all the advantages that an open source platform offers. It is free, has the best minds in the business collaborating to create useful systems for you and you can constantly benefit from their expertise and enthusiasm. Keeping up with its tradition of innovative and interesting programs, is Linux’s new operating system, Mint 13 (Maya). It comes in not one, but three versions- Gnome-Cinnamon (you’ve got to love the name), Xfce and KDE.

Let’s look at each of the versions:
Gnome-Cinnamon has a self-titled version and the Mate 1.2 version. They both carry shades of a cool interface that is Gnome 2.2 but there are differences in the look and feel of things. Gnome- Cinnamon doesn’t always work with all machines but if everything-graphics, memory and machine- come together, what you get is some gorgeous 3D effects. Sadly, the beauty doesn’t extend to how it works and it is slow and has a mind of its own, leaving the user often frustrated. Mate 1.2 has great applications which are fast and effective and you should be happy with it. Yes, there are a few file management issues, but that’s not new and shouldn’t take you by surprise.

Xfce is a window manager and is small in size. But it is lovely, despite not having as many applications as the other two versions on Mint Maya. It is a lot simpler and works especially well for an older generation of systems and devices. You’ll see user interface and graphics come together rather nicely on Xfce.

KDE takes a while to download but the simple installation more than makes up for it. Apart from this, the applications have a lot more to offer. The applications all work in harmony and it is no wonder that many people consider the KDE to be the best version in the Linux Mint 13 ‘Maya’. There’s something fresh and smooth about the KDE that works well to install all your desktop needs without the headache of it all. 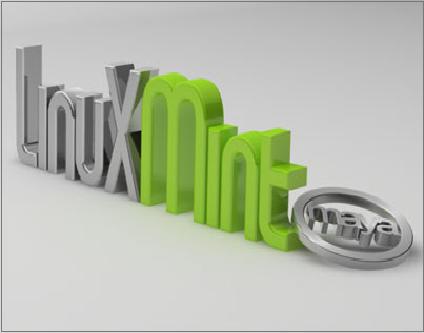 You could put all of Linux Mint on a CD but not at the cost of other files so better would be to put it on a system with good memory and space. You’ll have no problems running it because there is a massive amount of text language support to help you out. Think of why you need Maya. If you’re running on the previous version, you’re fairly updated, but if you’re a few paces behind, then think about an upgrade. And here is one of the biggest issues with the Mint 13. It is terribly user- friendly and does not yield an inch! In fact, the Gnome-Cinnamon, despite its cute name, is the worst offender. Vague, complicated and many times leading to unsuccessful outcomes, it could be a nightmare to work with for newbies.

Overall there are fewer updates after the first wave of installations to keep the system current. But there are operational bugs that simply cannot be ignored. The Linux Mint 13 ‘Maya’ is has long term support on offer and works great with Yahoo, which is the search engine of choice. It has a lot going for it if a few issues can be ironed out and soon.

About Author: Sofia Fern. She is a guest writer who writes more about digital cable and high speed internet. You can get more information about cox cable by visiting the site.