April Fools Day by Google is 'Google Maps for NES' 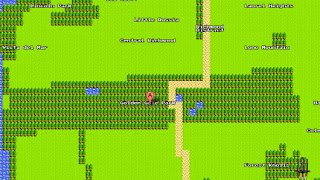 Our engineering team in Japan understood the importance of maps on retro game systems. With the power of Google’s immense data centers, and support from Nintendo and Square Enix, we were able to overcome the technical and design hurdles of developing 8-bit maps. Today, we’re excited to announce the result: a version of Google Maps for NES, with beautiful low-res graphics, simple and intuitive controls, and a timeless soundtrack.

Google is famous for releasing a huge number of April Fools' Day jokes on the Internet on April 1, and we're sure this year will be no different. One has to wonder just how much productivity on "real" products lags in the months leading into April 1.

You can watch a demo of the NES version of Google Maps below.