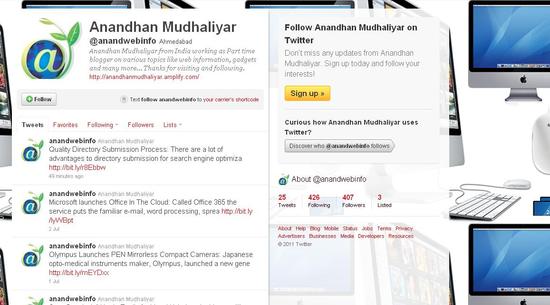 Twitter is experimenting with a new feature -- that sort of works like a wall -- aimed at simplifying communication between people following each other on the social network.

The feature lets people reply quickly and easily to other users through a text field that appears on the other user's Twitter page.

"It's a feature we're testing with a small percentage of users that makes it easier for users to engage with each other on Twitter," a Twitter spokeswoman said about the new feature.

Writing directly on another user's page is similar to writing on a Facebook contact's wall, where users can share comments, photos, videos and links