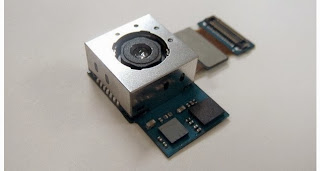 A new report reveals that Samsung's next-generation of high-end smartphones, including the rumoured 2014 flagship, the Galaxy S5, will be equipped with a 16-megapixel camera.

The news comes from a Korean publication, ETnews, which that has a solid track record for reporting insider information on Samsung. Further, the report claims that the South Korean manufacturer has already placed an order of 181 million 16-megapixel camera modules for next year.