Hiring a Developer from Elance to Build my First iPhone App 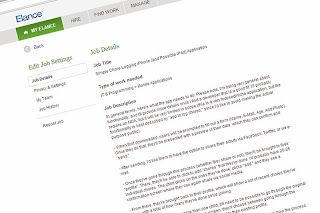 This is a guest post by Mike Lemovitz which originally appeared on his blog. He lives in Central Massachusetts with his wife and two daughters. He works in marketing for a large healthcare organization, and moonlights as a photographer, filmmaker, and entrepreneur.

Now that SantaDispatch is in the app store, I thought fellow entrepreneurs would be interested in what it was like to have an iPhone app developed through Elance.