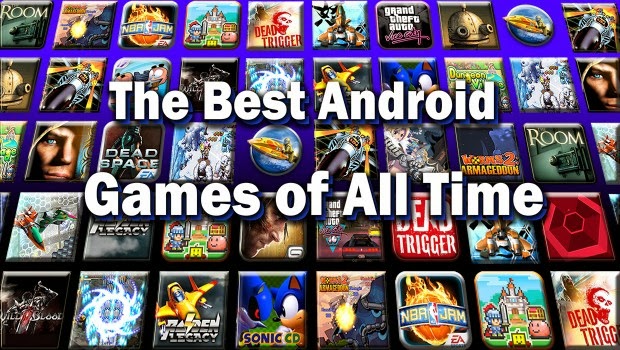 These are the best Android games you may install on your android device for the best gaming experience on the go. These Android games are hand selected, and the list will be updated frequently. Check back often!

Crime City is a popular Facebook game that landed on the Android platform. It is a game of “mafias” in the style of GTA where there will be cars, weapons, violence, theft, and stuff like everyone. Steal from other gangs, completing objectives and jobs to go level up to become boss and build your own mafia empire in this action game.


Heros Call HD: If you are looking for Diablo-like RPG for Android, then Heroes Call HD is for you. Fight your way through more than 30 large dungeons, collecting mechanisms, learn new skills and discover the secrets of Brinsayda. The game features beautiful 3D graphics, easy touch control and more opportunities.

In Jetpack Soldier you must show agility to help a brave soldier to get as far as you can. Simply touch the screen to ascend and release to descend, and fly higher to score more. Reflexes are your best weapon to avoid the obstacles in your way.

Create worlds on the go with Minecraft. Its controls are well optimized for phones and tablets. You can use all types of blocks to create almost anything wood, sand, stone, coal, water animals or precious metals as you travel, the possibilities are endless. You can also play multiplayer mode through local Wi-Fi connection.

Gotham city is in danger again and only you, as comic hero Batman, can save the city from Bane. Dozens of missions, plus random events will make you feel the rush of a superhero. Face hostage situations, bomb patrols, jailbreaks and persecution and prove yourself as the real protector of Gotham city.

Join the battle in the tank Riders, a 3D tank battle game, and try to destroy your enemies. The game combines vibrant, colorful graphics, fast-paced action and exploration. Plan your journey to complete the mission without receiving damage and as quickly as possible.

The game is based on going with a bike and collect coins of gold in the street, is a simple but dangerously addictive. The goal is to collect as many gold coins to earn more points and finish with a better record.

Play as Rossi, a young apprentice of Leonardo da Vinci, in this action game, exclusively for Tegra 3 devices. Your mission is to fight Bart, the corrupt priest and retrieves the scroll stolen by Bart and his followers.

Take control of Spirit and guide him against many different enemy types to force them into another dimension. Simple and fun to play. No shooting. No screen controls. Just slide your finger and Spirit will mimic your movements.

Complete the mission you started in the first part of one of the most complete multiplayer FPS for Android, this time on fronts all over the globe. Throw yourself into 12 battlefields with 15 weapons from real military forces set in the Eastern Europe, Middle East and South America.

Your city has just been attacked and people around you are totally desperate. Since the brave heroes have died in the struggle against evil, this situation calls for desperate measures. You are the only hope, who can save the city and its citizens. So use this opportunity and become true hero.

A great third-person shooter in which you will drive to an alien who must shoot and complete screens and missions. Your mission is to destroy the whole horde of alien creatures that resemble their views of giant octopus and various insects.

Castle Master 3D is a kingdom management game for Android. In this game you must control all data relating to politics and wealth in order to get more and better building constructions and send more warriors into battle to conquer more castles.

A large robot combat game with a special form that combines role-playing, strategy and action for your Android device. The main objective of the game is going to be leading a group of robots in a great battle.

These Android games are hand selected, and the list will be updated frequently. Check back often!