Filed Under: Android, Android Tablet, Polarioid M10, Polaroid NewTechie.com Admin
Polaroid now came up with another tablet which is of 10 inches and names it as M10Android tablet. With Google coming up with the Nexus and Apple with ipad mini, Polaroid too came up with its range of tablets. The best part of this tablet is that it comes with the Jellybean 4.1 Firmware update and also comes with a full range of features list. 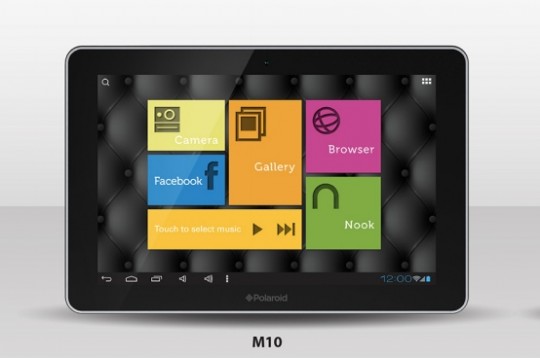 Pricing and Availability:
Polaroid M10 Android tablet will cost around $229 which is very modestly priced considering that the Google and other tablets are priced way costlier than the other. Just like M7 Polaroid tablet, this tablet too will announced and launched at around March 2013.