How to Update Galaxy S2 GT I9100 with RootBox Jellybean 4.1.2 Firmware

Filed Under: Android, hot, How to, Jellybean, Samsung Galaxy S II, upgrade firmware NewTechie.com Admin
After Galaxy Nexus, Nexus 7, Samsung Galaxy S3 received its share of first builds of Jellybean 4.1.2 firmwares, it’s time for Samsung Galaxy S3 smartphone users to update with the latest jellybean 4.1.2 firmware update. Though this is not an Official firmware released by Samsung, this is a custom ROM firmware developed by the third party developers. This custom ROM firmware is brought to your by the Root Box team, all thanks to bajee11[xda-developers forum] for developing the firmware. So, before proceeding, we will be checking out on how you can apply this update with the help of pre requisites and a detailed procedure. 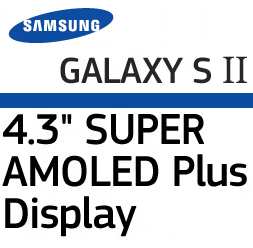 From the path “Settings > Applications > Development > USB debugging”, enable the USB Debugging, ensure that the USB debugging option is ticked in your Samsung GalaxyS2 smartphone. Minimum battery level left in your phone should not fall below 30% so as to make sure that it doesn’t get turned Off in the middle of firmware update.

You will be requiring the external SD Card with almost 1 GB of free space so that the custom ROM firmware package can be placed in the same. Disable / uninstall all the antivirus tools present in your device as it may interrupt the process of firmware update.

Note: This update should be strictly applied to the Galaxy S2 GT I9100 variant only and not to any other variants like I9100G etc. as it may even brick your device for which we should not be held responsible.