The New iPhone Will Be Here on September 21 [Guest Post]

Filed Under: Apple, iPhone, iPhone 5, Unlock NewTechie.com Admin
If you have been following any of the news and updates surrounding this highly anticipated release of Apples new iPhone, then you probably already know that Apple have plans to hold a media event on September 12 – this is the date we expect Apple to unveil the new iPhone device, and possibly even start accepting pre-orders through their website. However, it’s not the release date. We believe that the new iPhone will be released for sale on September 21st, and recently there has been more evidence brought to light that would suggest the same.

According to a “trusted Verizon employee”, Verizon has imposed a complete staff vacation blackout from September 21st to September 30th. This means that no Verizon staff will be able to take holiday or vacation time during those days. The Verizon employee didn’t reveal the reasoning behind the blackout, or even which employee’s it applies too. This is no coincidence; everyone is gearing up for the new device on the 21st! 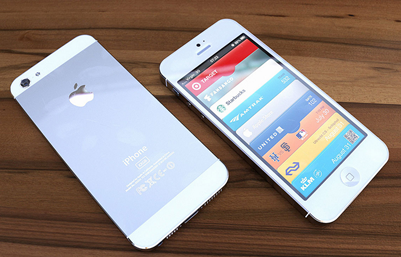 So what makes us think that this blackout is evidence towards a 21st September release? Well, in the past we have also seen vacation blackouts around the time of new iPhone model releases, from carriers and Apple themselves – after-all, with the huge numbers of people that turn up to Apple stores on the day of release, they need to make sure they have enough staff to man the stores!

Another thing is that the 21st September is just nine days after the 12th (the date when Apple are going to unveil the device), this follows suit with previous iPhone launches, where Apple have made the device available to purchase within a week or so of announcing or unveiling it. With the iPhone 4S, Apple unveiled it on October 4th and then released it the next week on October 14th, so the timescales we’re hearing about this year most definitely match those of other years.

I’m sure the rumours will continue to pile up over the next few weeks, until we get the final words from Apple. But I am 99% certain that the dates rumoured for announcement and release, are going to end up being the official dates! So, stay tuned, and in a few weeks we’ll hopefully be bringing you a hands-on review of the new iPhone!

Nathan is an Apple enthusiast who loves the iPhone. He enjoys blogging about Apple products and he provides a Unlock iPhone 5 service through his website Unlock iPhone Worldwide.