Filed Under: Facebook, Geohot, Giants, Hacker, Playstation, PS3, Social Networking, Sony NewTechie.com Admin
George "Geohot" Hotz, who pioneered iPhone jailbreaking with the first iPhone jailbreak ever, and whose most recent appearance in the news came when he and Sony settled out of court after Geohot published the PlayStation 3's root keys, has gone legit: he's taken a job with Facebook.

The news is confirmed, although with little fanfare, via a post by Hotz on his Facebook page, which says, "is Facebook is really an amazing place to work...first hackathon over." 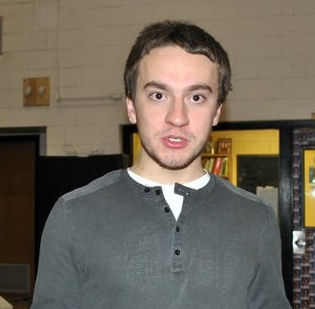 Rumors are that Hotz is working on the long-awaited Facebook app for the iPad, which has been reported to be coming, at long last. The latest reports are that the app is just weeks away. It's unclear if Hotz' reference to a "hackathon" has to do with him working on app security, or something else.

In addition to his 2007 hack of the original iPhone, Hotz created the Black Ra1n jailbreak for iOS 3.1.2, which became one of the most popular jailbreaks for the iPhone and that release of iOS.

It's just another example of hackers going legitimate, and shows that corporations know that the talent needed for many hacks can be translated into productive work for their corporate coffers. Another prime example is that of Kevin Mitnick, once the most wanted computer criminal in the United States, who is now a respected computer security consultant.

It's for this reason that DEFCON, once a shunned hacker conference, is now regularly attended by the feds and by police groups, searching for "talent." This year's DEFCON 19 conference will feature a DEFCON Kids event, as well, teaching kids to hack in a "white hat" way.