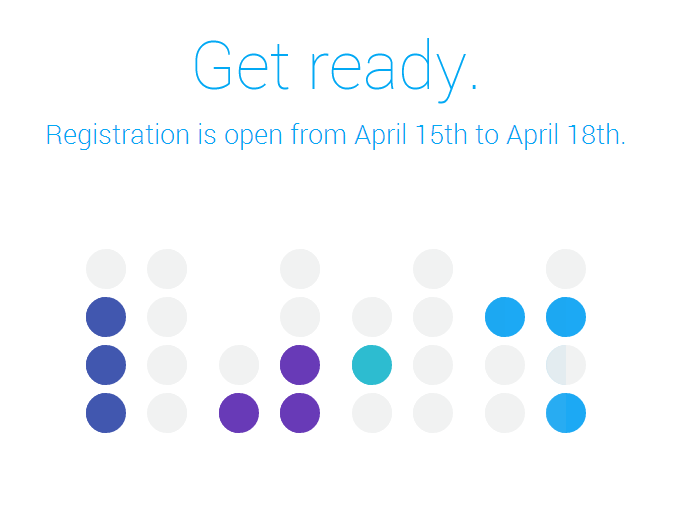 Tickets for Google I/O 2014 will follow a very similar pattern, with the lottery for tickets now open at the aforementioned Web address, with the event being held at Moscone Center in San Francisco from June 25-26. Those wanting to attend the big event will have between now (April 15th) right the way through to April 18th to register, and Google will randomly select the lucky winners early next week.

Given the ubiquitous nature of Android, most of the tech media’s attention will be on the changes that Google plans to announce to its mobile software at I/O 2014, but any noteworthy changes or alterations to Google Apps, Chrome or Glass could also be unveiled.

Tickets will set you back $900 apiece, but if you’re an academic with a .edu email, then you can snag one for just $300.

If you’ve been hoping to get your hands on tickets for the Mountain View company’s big developer event, then you’ll need to head over to the official registration page right now, which you can find by pointing your browser to the https://www.google.com/events/io/registration/gateway/openreg.html URL.

If you are planning on signing up, then we wish you all the best of luck in getting hold of that ticket!