HTC One (M8) Benchmark Boost Called A Feature By HTC

Filed Under: AnTuTu Benchmark X, HTC, HTC One, HTC One (M8) NewTechie.com Admin
In an unsurprising bit of news, HTC has been caught cheating on bemchmark tests on its HTC One (M8), but the company not only admits it, they boast it is a feature. Ubergizmo received the interesting response from HTC on Sunday.

The cheating was caught by the new AnTuTu Benchmark X app. This version of the benchmarking app is coded in such a manner as to catch cheaters. As described on the Play Store:


A special edition of AnTuTu Benchmark to prevent fraud and cheating!


The X editor for the Ainol & Ramos device!!


AnTuTu Benchmark X Edition is free benchmarking app that helps users to know deeper to their Android devices, without fraud and cheating!

The standard version of the benchmark is here. 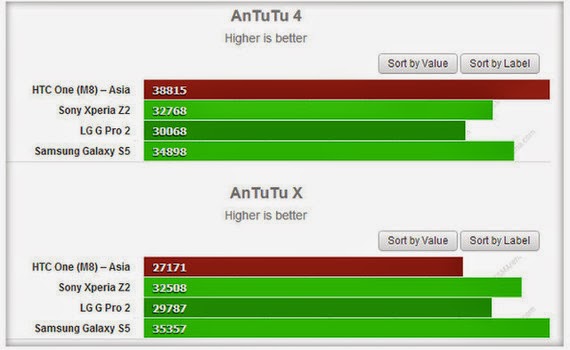