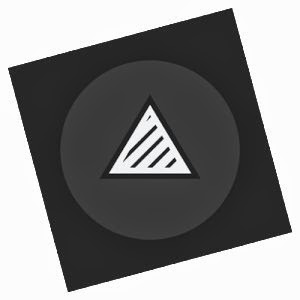 If you're a fan of retro arcade games, you're gonna love the design and gameplay of The Shape Shooter. Loosely based on rock-paper-scissors, you need fast fingers and quick wits to shoot or absorb the circles, triangles and squares. Download this entertaining, fast-paced game, it's FREE!

Shapes & Sound: The Shape Shooter is a 2D mobile game all about putting your hand-eye coordination, mental reflexes and periphery vision to the ultimate test. It is, at its core, an Ode to "old school-arcade box in old Mr. Joe's shop down the street-gaming; Think Rock-Paper-Scissors meets Asteroids. The game's minimalistic design and soothing sounds makes it both highly relaxing and highly addicting. You have been warned.

Players interact with an Above Top Secret military console dubbed “The Shape Shooter.” Operating on a system akin to rock-paper-scissors, the central shape is able to switch on the fly in order to be effective against other enemy types.

Rack up your high-score as you survive wave after wave of incoming pointed- triangles, hard-as-nails squares and ornery circles.