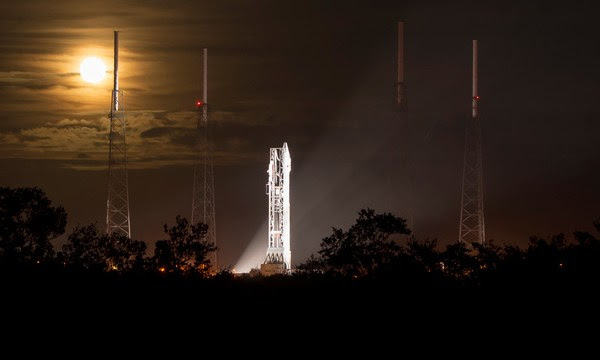 The Mars Atmosphere and Volatile Evolution Mission (MAVEN), set to launch in 2013, will explore the planet’s upper atmosphere, ionosphere and interactions with the sun and solar wind. Scientists will use MAVEN data to determine the role that loss of volatile compounds—such as carbon dioxide, nitrogen dioxide, and water—from the Mars atmosphere to space has played through time, giving insight into the history of Mars atmosphere and climate, liquid water, and planetary habitability.

MAVEN will carry three instrument suites. The Particles and Fields Package, built by the University of California at Berkeley with support from CU/LASP and Goddard Space Flight Center, contains six instruments that will characterize the solar wind and the ionosphere of the planet. The Remote Sensing Package, built by CU/LASP, will determine global characteristics of the upper atmosphere and ionosphere. The Neutral Gas and Ion Mass Spectrometer, provided by Goddard Space Flight Center, will measure the composition and isotopes of neutral ions. Lockheed Martin, based in Littleton, Colorado, will provide the MAVEN spacecraft, as well as mission operations for the mission. NASA’s Jet Propulsion Laboratory will navigate the spacecraft. CU/LASP will provide science operations and data packaging.