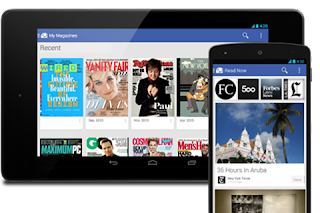 Apple's iOS Newsstand app has been around since iOS 5, and ever since, there has been much rumor and speculation pertaining Google's alternative effort. During the past couple of weeks, reports have increased considerably, with a general feeling that a release would be imminent. Today, the time has come for the app to make its official debut over at the Play Store, and naturally, it also signals the demise of the now obsolete Play Magazines and Currents apps. Details, as ever, can be found after the break.