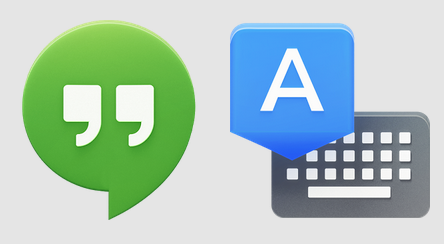 The first welcome offering comes in the form of an update for the stock Google Keyboard that sees it ramped to version 2.0. Users can expect to benefit from a number of the features and enhancements that were bestowed on the update with the launch of Android KitKat and the LG-manufactured Nexus 5. Google has made a number of improvements to the app itself, including the addition of space-aware gesture typing and the introduction of a simplified mini keyboard on detection of a full stop long press gesture. Download Android 4.4 KitKat Keyboard 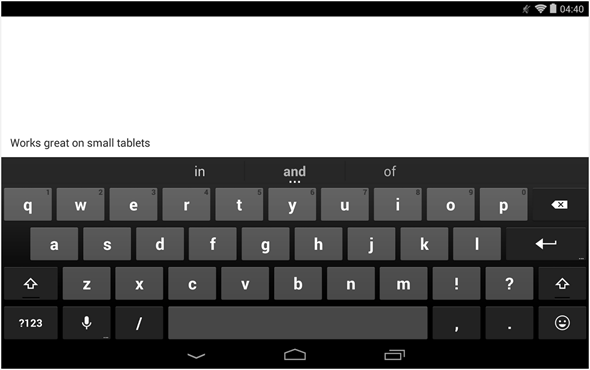 The latest revision to Hangouts was first announced at a Google+ event earlier this month. Keen-eyed users had originally seen the latest version of the Talk replacement running beautifully on the recently released Nexus 5 handset but it is now available for all through the Play Store. Users of the new version will find themselves being able to import text message conversations directly into the app as well as being afforded the ability to send and receive SMS and MMS directly within Hangouts. Download  Android 4.4 KitKat Hangout 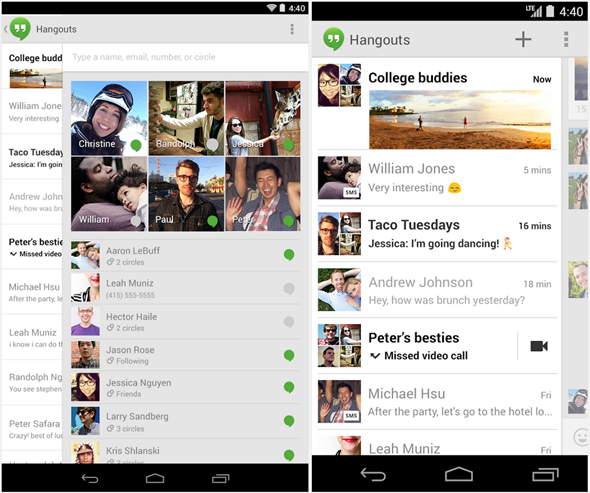