Filed Under: Micromax, Micromax Bolt A58 NewTechie.com Admin
Micromax has listed another Android phone on their official website, with the Micromax Bolt A58 making an appearance, but the company hasn't made any official announcement of the device yet.

The Bolt A58 comes with the 3.5-inch capacitive touchscreen with the screen resolution of 320 x 480 pixels, while there is a 1.2 GHz Mediatek chipset, with the two cores clocking speeds at 1 GHz.Running the Android 4.2.2 Jelly Bean OS, the Bolt A58 from Micromax has got a single rear camera with the 2-megapixel fixed focus camera not seeing a flash support. 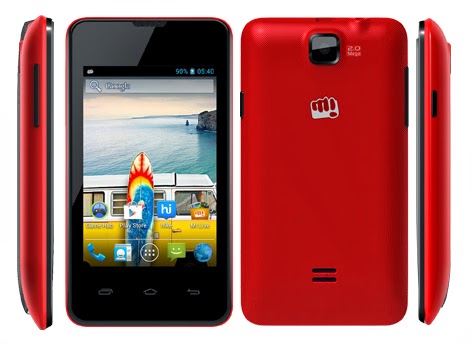