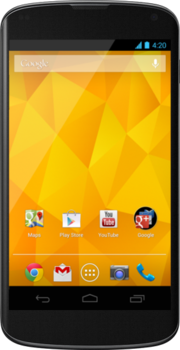 The Nexus 4, which was the 2012 Google developer phone Google, is now selling the same price unsubsidized as many top-of-the-line phones do on contract. As reported by BGR on Wednesday, the unlocked device is now selling for $199 sans contract in its lowest cost, 8GB form.

There's no way of knowing if this signals a new "pure" Nexus smartphone is coming. The only 2013 phones that are close to that category are the HTC One and Samsung Galaxy S4 Google Play edition (GPe) phones, but those are still not pure Google.