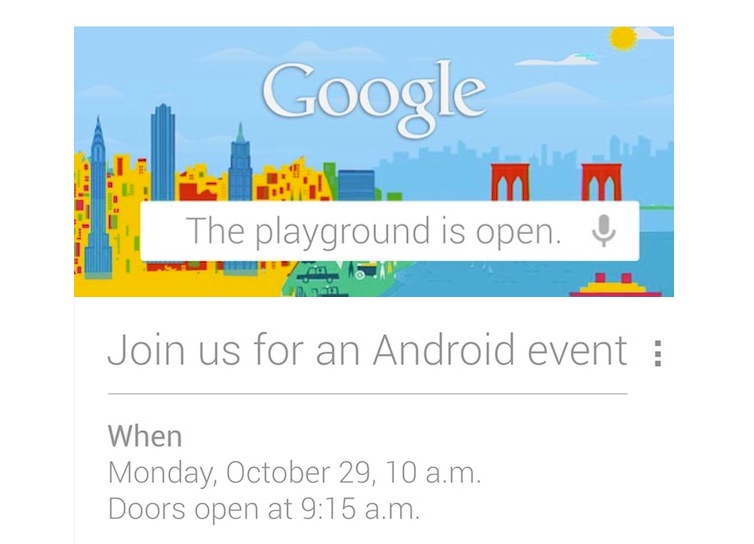 Google has sent invitations to the media for a press event on Monday, Oct. 29. The invitation says only that "The playground is open" and that it will be an Android event. The event will be held in New York City and will begin at 10 a.m.

That little blurb seems to point to it being game-based, but is it, really? Many people believe that the newest Nexus device, one being produced for Google by LG, is going to be introduced this month, so the Oct. 29 event could be a launch vehicle for the device.

What's interesting is earlier this month the French site Le Figaro said that the LG Nexus 4, as most believe the device to be called, would launch on that day.

It's unclear, though, how that would tie into the blurb "The playground is open."

The LG Nexus 4 is believed to be based on LG's Optimus G device. It is expected to pack a Qualcomm Snapdragon quad-core processor, 2 gigabytes of RAM, a 1,280 x 768 True-High Definition IPS display, an 8-megapixel rear-facing camera, and a non-user removable battery.

Sadly, rumors also state that the device is expected to ship with no microSD slot and only 8GB to 16GB of internal storage.