Possible Uses of Computer Monitoring Software in the Far Future

Filed Under: Computer, Computer Security, Other, Software, Technology NewTechie.com Admin
Software, just like the hardware that they are installed into, develops over time. Just take a look at the latest operating systems from 3 or 4 years ago. None of the software that we had from the late 20th century could have stood a chance against the processing monstrosities that we use for our equally monstrous machines today.

Setting our imagination engines to work into future concepts, we have brainstormed 3 advanced (but not-too-farfetched) conceptual uses of computer monitoring software, that we thought could be implemented in tandem with the perceived advancements in technology in the far future. 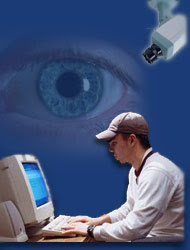 As a cyber-crime preventing tool
Not to be too paranoid with the possible development of dystopian societies just like those found in novels and movies, but it is quite possible that computer monitoring software might just evolve to become semi ubiquitous in computers in the far future. The first seeds to make the internet a more disciplined place have already been planted by the now defunct SOPA (Stop Online Piracy Act), and it's only just a matter of time before the authorities really do something serious to prevent further crimes from happening in the World Wide Web.

Computer monitoring software, instead of being just the simple and harmless observing sentry of a computer unit, could be developed into a silent and passive system that is present on all computers around the world. This advanced computer monitoring software system would not just peek into access data, but would also try to actively analyze the risk of someone committing a cyber crime on a particular unit.

As a safety tracking device for interplanetary vessels
Future non-military or non-organization personnel that will travel the Solar System a few decades from now would surely have their travelling vessels equipped with a computer. Because of the extreme hazards of the environment of space for us humans, the tracking software could be a vital tool that would help keep spaceports updated about the status of crewmen using the centralized system of the vessel.

Naturally, being that this is a computer monitoring software program from the far future, it won't just try to view which website you had last accessed, but would be a completely integrated program that would monitor the ship's major systems, the usage data by the computer itself, and the usage data of the crewmen aboard.

As an integrated cell phone monitoring software-like program
Tech enthusiasts like to refer to the era of the last two years up to today as the "non-PC era". Does this mean today is the era that computers start their journey towards obsolescence? Not necessarily. It just means that the traditional desktop computer is no longer considered as the mainstream computer unit today. Just look at how far notebook computers have gone now. There are even a few equally high-performance tablet computers to further tighten the competition. Moreover, the development of faster and more convenient internet technologies makes work done in remote areas very possible.

If we are to view the future office as a virtual one because of the emergence of powerful but highly portable computers, we'll have to use an entirely different tracking system to keep them within our sights. That system is none other than the integration of both technologies used in cell phone and computer monitoring software. Future spying software would no longer be divided into cell phone and computer categories, but would simply be determined by the device's size.

Author: Natalia David, an author significantly contributes towards Cell phone and Computer monitoring and spy software for cell phone. If you want to know more about Natalia you can follow her on twitter @NataliaDavid4