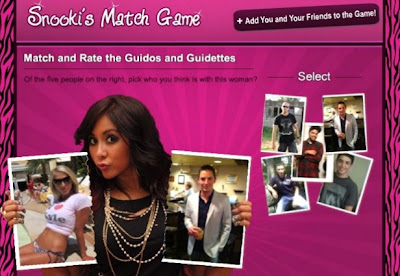 If you watched Social Network Movie based on Facebook. Dubbed Snooki’s Match Game, it bears a striking resemblance to Facemash, Mark Zuckerberg‘s site from 2003 that challenged users to pick the hotter person pictured in two separate photographs.


How to Play Game (Game Rules):
Snooki's Match game has two parts. First, it spits out six photos in each round — one on the left that players match with one of the five photos on the right. Players guess which two people are dating based solely on looks. Part two involves players using a meter to rate which one of those two people is hotter. That’s it.