Filed Under: $35, Android, Android Tablet, Gadget, India, Latest, New Android Tablet, Tablet NewTechie.com Admin
The Indian version of iPad is getting launched on October 5, after the failed launch date of earlier this year, in the week when Amazon launched its own tablet computer – Kindle Fire. So far Amazon’s Kindle Fire seemed cheap at less than half the price of Apple’s iPad 2, but not when compared with Sakshat, the Indian tablet device.

Kapil Sibal, minister of communications and information technology confirmed the launching of Sakshat for October 5 with a price as low as a bottle of decent wine at a restaurant in America – just $35 or 1750 INR.

The new Indian tablet will be having Wi-Fi, front-facing camera, ability to read PDFs, built-in media player, built-in speaker, remote device management support, and few other basic features, but nothing close to Apple’s iPad or Amazon’s Kindle Fire when compared in computing. Indian government thinks Sakshat tablet PC can be a powerful tool for students. 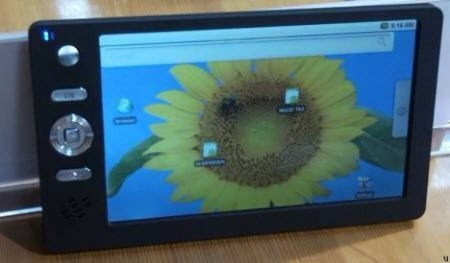 The world’s cheapest tablet will go on sale in the country from December. The product is a collaboration between IIT Rajasthan and the Indian government. It is manufactured by UK-based company Datawind, popularly known as the manufacturer of Pocketsurfer.

The manufacturing cost of the tablet is around 3,000 INR, and the price difference is being paid by the Indian government as a part of a program of integrating information and communication technologies with education.

Sakshat will run on Android platform, having a RAM of 256 MB and SD memory card of 2 GB that can be expandable up to 32 GB. It will have 2 USB ports.

The tablet price war has begun. Kindle Fire price announcement of $199 was shocking, and Sakshat’s entry to the tablet market is beyond imaginable. India has been an unusual tablet market with the debut of Apple’s iPad in January 2011 which has managed only six percent of market share. Samsung’s Galaxy Tab has grabbed 85 percent share so far. Now door to new mass-market seems to be opened Christmas onward.