Filed Under: Apple, Bio, Biography, Giants, Official bio, Steve Jobs, Steve Jobs Biography NewTechie.com Admin
It mignt have been a shock to the world of technology, but it may not have been one to Steve Jobs' official biograpny, Walter Isaacson. Reportedly, the upcoming tome "Steve Jobs: A Biography" will include details on the resignation of the man many consider Apple's savior.

Originally titled "iSteve: The Book of Jobs," the book was first scheduled to release in March of 2012. Not that long ago, about a week and 1/2 ago, in fact, the publisher, Simon & Shuster, moved the publication date up to Nov. 21, 2011. 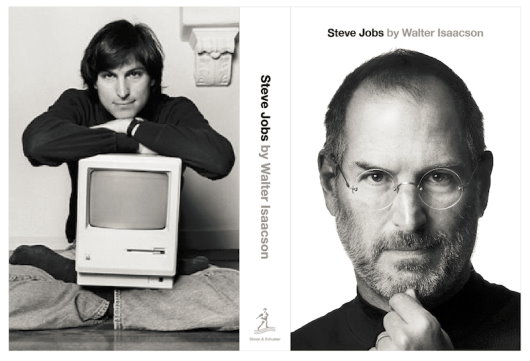 The publisher's description of the book says, "Although Jobs cooperated with this book, he asked for no control over what was written nor even the right to read it before it was published. He put nothing off-limits. He encouraged the people he knew to speak honestly. And Jobs speaks candidly, sometimes brutally so, about the people he worked with and competed against. His friends, foes, and colleagues provide an unvarnished view of the passions, perfectionism, obsessions, artistry, devilry, and compulsion for control that shaped his approach to business and the innovative products that resulted."

Isaacson reportedly spent two years and had more than 40 interviews with Jobs himself. Based on the near-god status Jobs has with his followers, we wouldn't be surprised to see this book to hit the New York Times bestsellers list. You can watch a short interview with the author, below.