Which Countries Have An Internet Kill Switch? 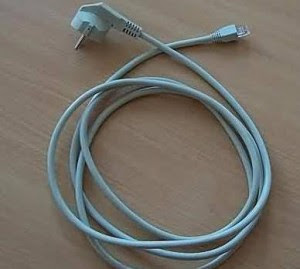 The Internet has become much more than a mere communication tool that enables families and friends to stay in touch with one another. Its widespread use means that governments and world leaders have had to take a keen interest in the technology and what it is used for.

While, on the one hand, many people laud the Internet for offering users freedom of speech and a medium on which to have their voices heard, governments are understandably concerned about the risks that accompany this freedom.


More Control
The US has been especially keen to find some way to elicit more control over the World Wide Web and the power that it possesses. There has been much call for President Obama to have what has been coined an “Internet kill switch” and the government’s powers have certainly been increasing in this way. In February 2011, 84,000 sub domains were brought down in a child pornography sting; however, in this instance, it was a case of mistaken identity as only a very small handful of sites were actually guilty of any offences.


United States Cyber Command (USCyberCom)
US Government, under the guise of USCybercom, has the ability to shut down servers operating within the country’s borders. USCybercom, which sounds like something taken from one of the Terminator films, is also in charge of the Pentagon’s cyber networks and is tasked with dealing with threats from virtual enemies. There are other examples, aside from the US, of countries that have kill switches of their own.


Censorship
China has long been known to censor Internet activity for its users and there are reports that they have considerable power to effectively prevent Internet access for all of their citizens in the case of war.


Egypt
Recent examples include that of Egypt. In January 2011, anti-government protestors used social networks and other websites in order to arrange mass protests. The protests were deemed as having been very successful because protestors were mobilised en masse and into a handful of high profile locations. The Government’s response? It is believed that they contacted the relatively few ISPs and effectively forced them to strange users’ Internet connections. People in Egypt were unable to access the Internet or even SMS for several days.


Libya
In Libya, similar protests were mounted and using similar online techniques to rally support in March 2011 in a bid to oust Muammar Gaddafi. Rather than essentially bringing the Internet down completely, however, the government used a more technically advanced method of preventing its use. The network was still there and virtually everything was in place for regular Internet use. However, connections were completely strangled so that information was not returned back to users’ browsers.


Worldwide Kill Switches
It is easier in countries like China, Egypt, and Libya where there are fewer ISPs and where the government has greater control over those ISPs. For example, in the US and UK where infrastructure and ISPs are more open and have greater freedom, it would prove more difficult for the governments to be able to bring down the Internet for the whole country.